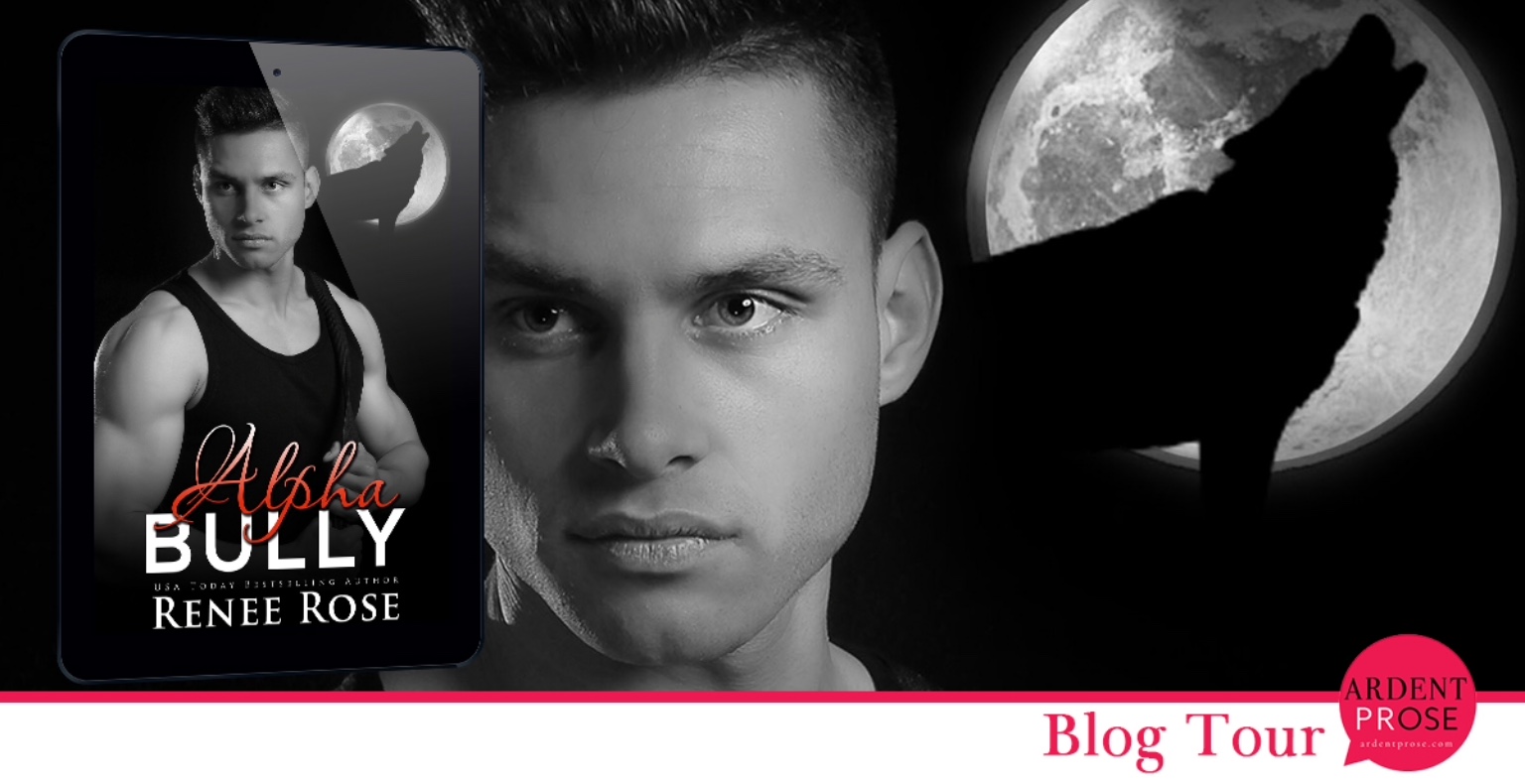 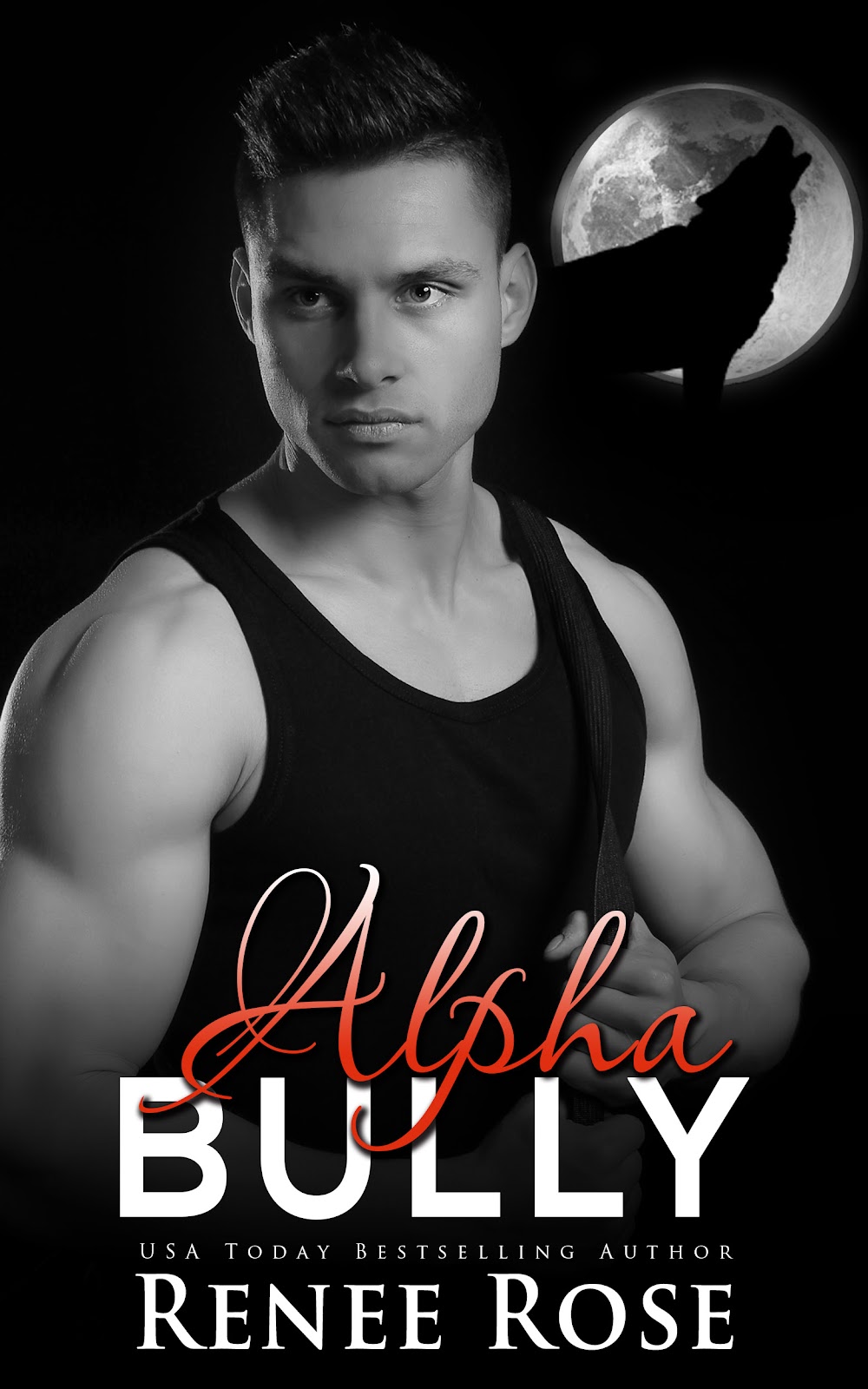 SHE RUINED EVERYTHING… I WILL MAKE HER PAY.

Her mom robbed my dad of his job. Destroyed his life.

Now I have to look at her every day.

The girl next door. A human. A hot little nerd.

not at our high school, definitely not in my life.

She doesn’t know what I am.

Which makes it all the easier to take revenge.

I will bring her to her knees. Pierce her heart.

Make her bleed. For me.

NOTE: This New Adult book features steamy scenes with characters over eighteen and is for an audience that is also over eighteen.

This was a well written bully romance! I enjoyed Cole realizing he has strong feelings for Bailey and fighting it but ultimately losing the battle and accepting defeat! The steam and drama made this a page turner for me!

It’s past midnight when I wake up. My window’s open, moonlight streaming in.

That wasn’t what woke me, though.

It wasn’t the pain of the beating, either. That’s already half-healed. By tomorrow it will be nothing.

That’s the thing about wolf discipline. It’s more about dominance and humiliation than actual pain. Casey and I aren’t in real danger.

But that doesn’t mean the shit doesn’t hurt.

I rub the stubble on my chin and blink into the darkness. There’s a tug on my wolf, pulling me to the window. And I know exactly what I’m going to see when I look out.

Even so, my heart stutters.

The little human is standing outside. Standing underneath my window, looking up.

Like she’s waiting for me and she knew I’d come. Prickles run across my skin.

She’s in the same dress she wore today⁠—another short one, blue and white stripes. She lost the Converse, though. She’s barefooted on the crushed granite. Which must hurt her tender human feet.

I’m in gym shorts. I pull on a black tank top as I stare down at her.

She’s standing there like a fucking tribute. A virginal offering.

She must really feel guilty.

I shove the window open and pop the screen out. It’s not the first time I’ve climbed out this window, but I try not to make it look too easy when I scale across the patio overhang and drop to the gravel in front of her. “Hey.”

She’s crying. Silent tears that streak down her pale cheeks. I wonder if she ever stopped. If she’s been leaking those salty tears since she saw the ugliness that is my dad shit-faced. The scent of her tears does something to me. Makes me itchy and raw, with the need to smash things with my fists.

“Stop it.” I sound menacing. I’m not sorry. She silently called me out here. She’s gonna get what she gets. I advance on her like a fucking predator.

She backs up. She must sense how dangerous I am right now. How unhinged.

Of course it was because of her. But I’m not going to say that. That shit isn’t her fault.

Instead, I growl, “Stop crying for me.”

Her big brown eyes are wide. I wonder how well she can see me in the dark. Not nearly as well as I can see her.

“Cole.” It’s a broken syllable. So much emotion packed into one sound. Apology. Pleading. Desperation, even.

My control snaps. I snatch her face up to mine with a hand behind her head and devour her mouth. It tastes like all the emotion I heard.

I scoop my forearm under her ass to pick her up and slam her back against the tan stucco of her house.

She opens her lips for me, lets me in. It’s not how I imagined it.

More raw. Sweeter, even though I’m fucking brutal with my attack. Her lips twist over mine with the same intensity, her nails claw into my bare shoulders. I shove the bulge of my cock in the cradle of her legs, even though I know it will probably scare the shit out of her. 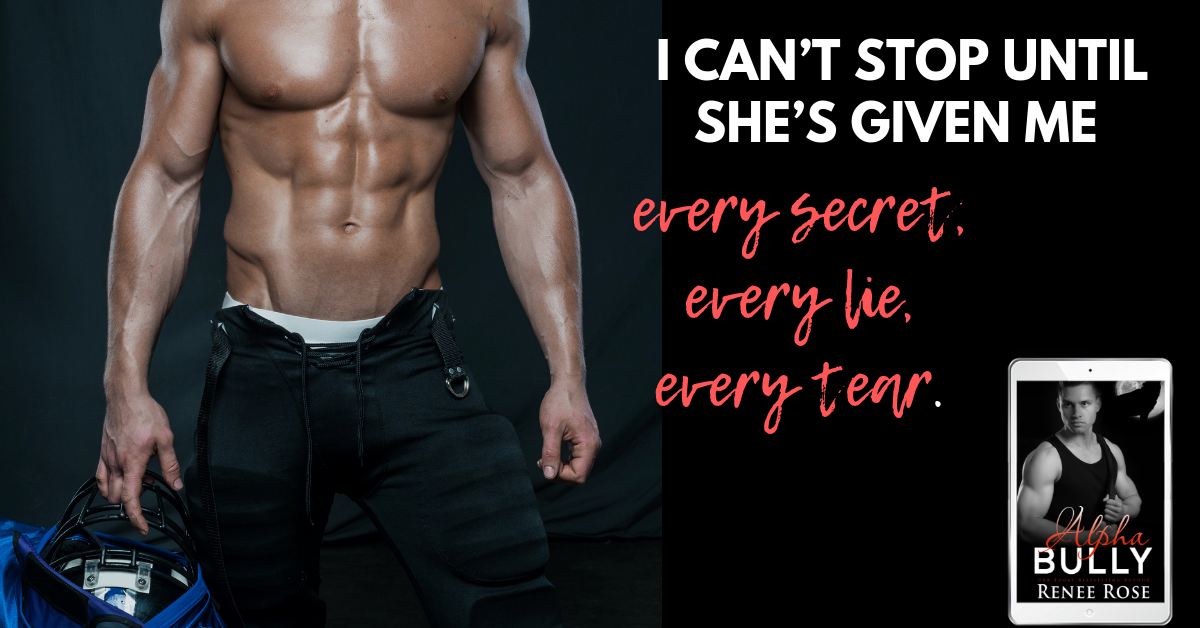