I can’t help my attraction to Tomás, a ruthless, gorgeous member of the Juarez Cartel. The only problem? I’m the undercover cop here to bring them all down.
I’ve immersed myself in a world of money and drugs, and there’s no one I can trust. Especially not Tomás. Yet time and time again we cross paths, fighting the inevitable. Until one explosive night when we can no longer fight the dangerous attraction between us. I run through every possible scenario, trying to find a way to make a relationship between us work.
What I don’t realize is that Tomás is hiding behind a mask of his own, and the connection we share could be deadly.

I weaved my way through the house, passing several armed men. I’d just reached the open French doors leading outside when a burst of husky, feminine laughter had me stopping in my tracks. The sound flowed through me and settled right in my gut, setting off warning signs. My feet started me moving forward again, but my steps were slower this time. Leaves and rocks crunched under my booted feet as I moved across the brick walk. My eyes scanned the area, and my whole body felt tight with an unknown tension.

I rounded the large tree that shaded about half the courtyard, and the first person I spotted was Miguel. He was fifty-eight years old, although he appeared much younger. He had minimal flecks of gray in his pitch-black hair, and only a few age lines graced his face. His figure was trim. He really was in his prime. In fact, at this moment, wearing a pressed pair of khakis and baby blue polo, with a genuine smile on his face, I’d guess women would consider him good looking.

Across from him was Alejandro. The elder Álvarez was polished and almost debonair. The younger was a punk. He wore tattered jeans several sizes too big, cinched tightly at the waist with a giant belt. His oversized basketball jersey was tucked in at the front but then hung sloppily down to mid-thigh, and the gold chains around his neck were quintessential douchebag. Add in the aviator glasses and his whole persona screamed he was trying too hard.

“Tomás, welcome back. I assume there were no complications today.” Miguel asked, his hand outstretched to shake mine.

“Yes, sir. Everything went as planned.”

“Wonderful. You know Alejandro, of course. And this beautiful woman is Gabriela.”

My vision was consumed with the woman who stepped forward, her arm looped through the man-child’s next to her. Hair of varying shades of brown, from light to dark, was curled and fell down around her slender shoulders, a few tendrils cupping her perfectly sized breasts. She was absolutely stunning, and everything in me screamed danger. 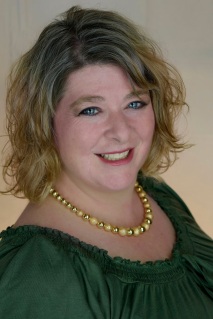