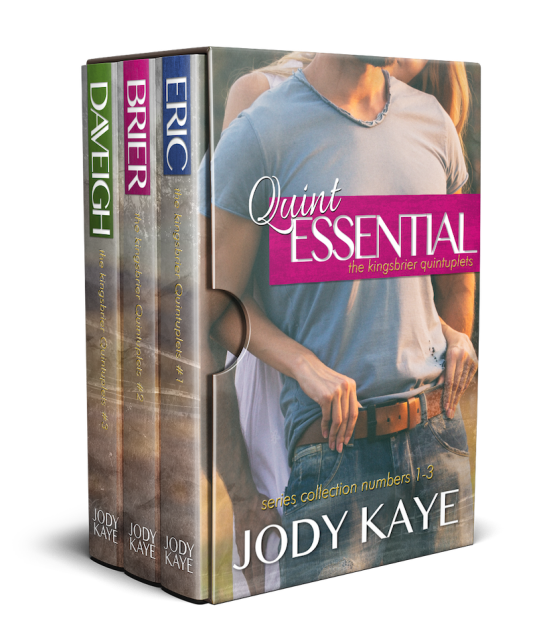 Welcome to the family… This collection includes the first three complete novels in the Kingsbrier Quintuplets contemporary romance series — Eric, Brier, and Daveigh— as well as previews of the full first chapters of Miss Cavanaugh, Cavanaugh, and Adam. Eric
Eric is the only quint who has life figured out. College. Work his way up the ladder in the family construction business. Marry Ginny, the girl with the heart of gold. But for as much as Ginny’s told Eric she loves him, she hasn’t confided a secret that will throw a wrench in Eric’s plans. When Ginny admits the lengths she’s gone to keep Eric, will her deceit tear them apart? Brier
Brier’s defiant streak kept that hurt at bay. She left Kingsbrier unwilling to let the man she loved stop her from pursuing her dreams. Now, despite a fulfilling career, Brier knows something is missing from her life. When circumstances bring her back home, Brier confronts the one person she’s avoided for years. Drew Newhouse has never backed down from a challenge. He’s let his childhood sweetheart push him away because he knows they have always been meant to be. This time, he’s playing for keeps. With the help of the other quints, will Drew win Brier’s trust? Can Brier put her heart on the line and give Drew the chance they both deserve? Daveigh
Cris Sanchez prefers to admire Daveigh Cavanaugh from afar. He’s a widower with a young son. She’s the boss’s daughter. The eight years that separate their age—and time that Daveigh has been away for college and vet school—should have sealed their fate. Instead, Cris’s dedication to the family business and Daveigh’s love of animals draws them close. Now the pair must contend with the impending loss of a confidant they’ve shared for close
to a decade. Daveigh returns to Kingsbrier harboring a secret, but none that cuts as deep as the one Cris has held onto. After allowing herself time to heal, will Daveigh find strength in their friendship to return to her studies? Or will she settle for half her dreams for the chance to be with the man she’s always loved? After admitting to his responsibility in his wife’s death, can Cris relinquish the past that haunts him? Or will he and Daveigh continue down separate paths? Novels in the Kingsbrier Quintuplets series are interconnected standalones, each with an HEA. Additional books are essential pieces of the overall story arcs as ongoing storylines develop throughout the series. Reading them in order is not necessary, but recommended by fans. 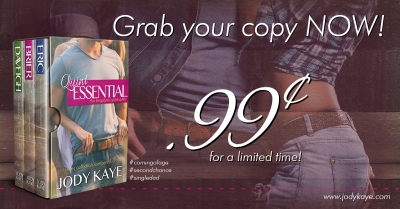 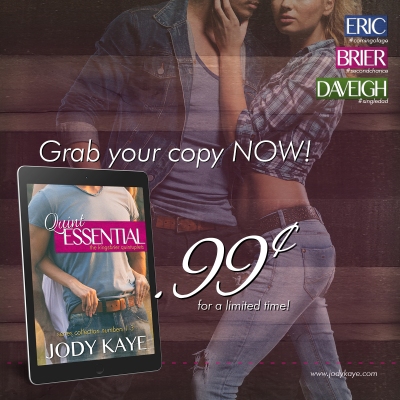 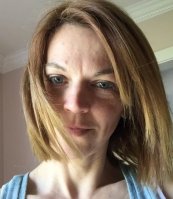 Jody’s husband asked what she’d been doing all day. After five years she finally confessed, “When no one is around, I write.” Okay, It was more like trying to get out of saying a thing. Jody’s a writer. You want it pretty. Let’s compromise. “Just finish one,” he said, challenging her to complete a story and share it. Little did he know that those words of encouragement meant they’d return from a family vacation with a wild and defiant set of quintuplets stumbling their way into adulthood. Wasn’t raising their three sons enough? A native of nowhere, Jody settled in New England for 17 years before agreeing to uproot her brood of boys and move to North Carolina. She spends most of her time reading, writing, and hoping that her ravenous children haven’t managed to eat all the ingredients before she cooks dinner.