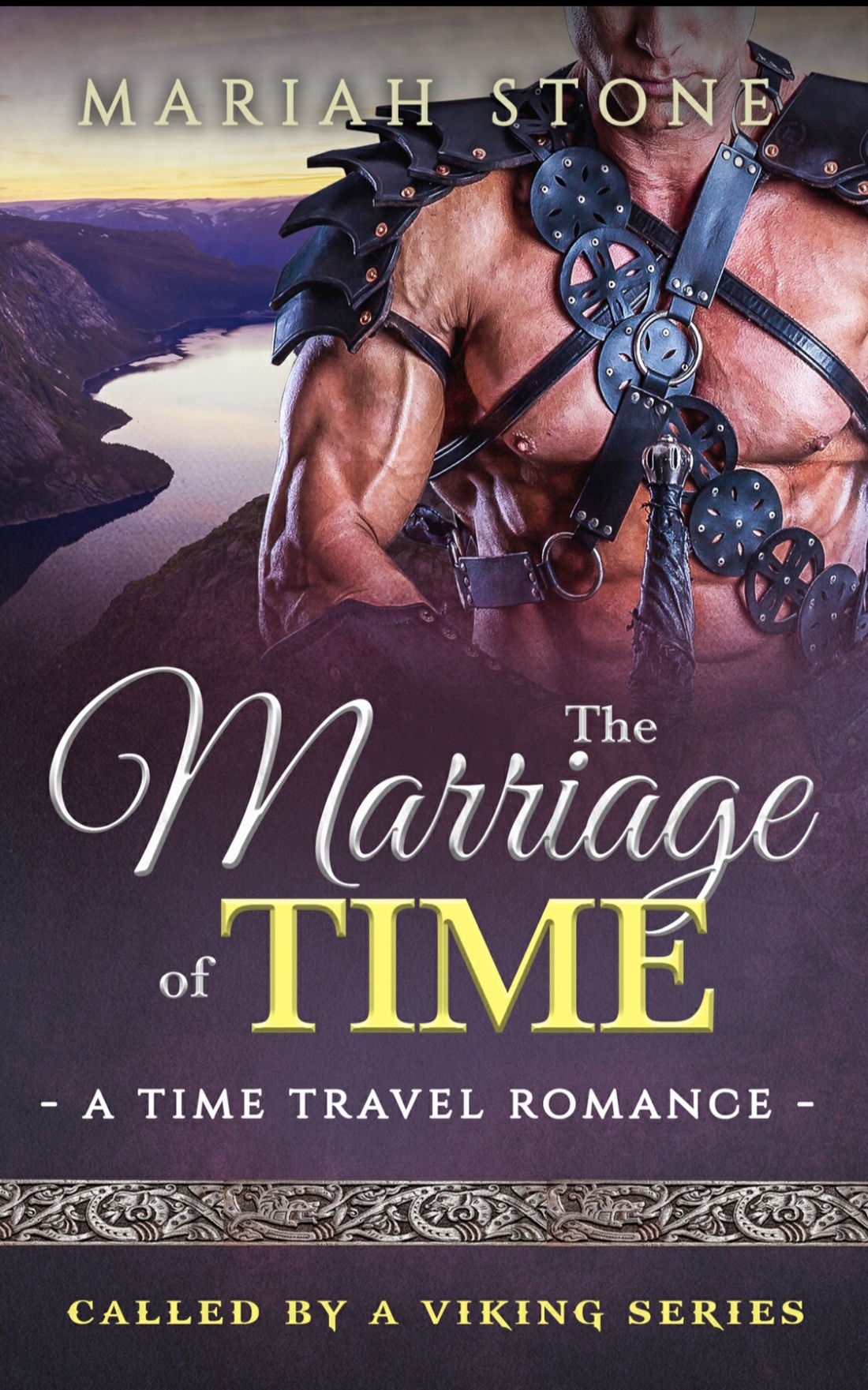 She’s on the run. He has a Viking vendetta. When they unite through history, will they find doom or destiny?

Boston, 2019. Mia is desperate to protect her unborn child. Under her mafia boyfriend’s watchful eye, the pediatrician is out of options until a Norn transports her back in time. Swept off her feet by a muscular Norseman who calls her his betrothed, she plays along for safety until his touch gives her so much more…

Norway, 874. Hakon the Beast’s offer to marry the daughter of his enemy is part of a murderous scheme. Obsessed with destroying the king who killed his mother, he expects to feel nothing for his bride. But when she’s the complete opposite of what he expected, Hakon’s cold-blooded quest could melt under his burning desire.

When a deadly outbreak reveals both of their secrets, Mia and Hakon realize their fiery romance may not be enough to keep them alive.

With centuries between them, can Mia and Hakon find a way to cling tightly to love?

The Marriage of Time is the third standalone book in the steamy Called by a Viking series of time-travel romances. If you like sexy Nordic adventures, engaging characters, and heart-wrenching twists, then you’ll love Mariah Stone’s captivating story.

This was a cute time travel romance. Mia and Hakon were so adorable. Mia is thrown back in time while trying to get away from her ex and she’s threatened if she isn’t the princess Hakon is supposed to marry. They fall in love despite their differences. There’s a little drama when the real princess Hakon was supposed to marry shows up and Mia making a foolish choice but it was a pretty good read!