Add to your Goodreads shelf 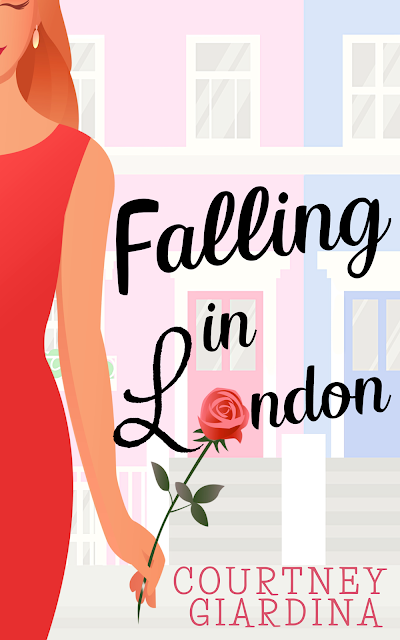 Standing alone in an empty Paris apartment, Tate Montgomery must make a choice. Let her broken heart get the best of her or figure out how to make the best of a bad situation. She chooses the latter and ends up starting anew in London.
Now the owner of Simple Charms Events, Tate just landed the job of a lifetime. The pressure is on as she only has a few weeks to pull off a lavish event. The problem- she must work up close and personal with the company liaison. Brooks Walker is handsome, charming, and every bit of the distraction Tate can’t afford.
In the midst of catering appointments, dessert tastings and off the beaten path detours, Tate starts to realize that Brooks may be exactly what her broken, down on love heart needs. If she lets him in, their relationship could ruin everything she’s worked for, but what if it doesn’t?
Tate has to decide if her career is more important than the happy ever after she’s been waiting for or if it’s possible she just might be able to have both. 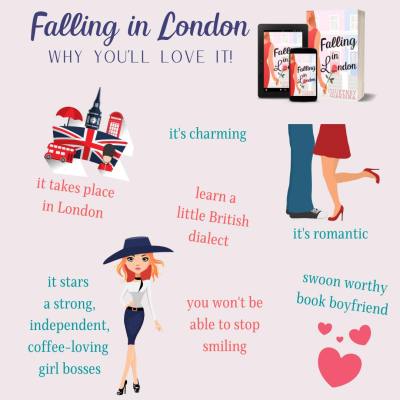 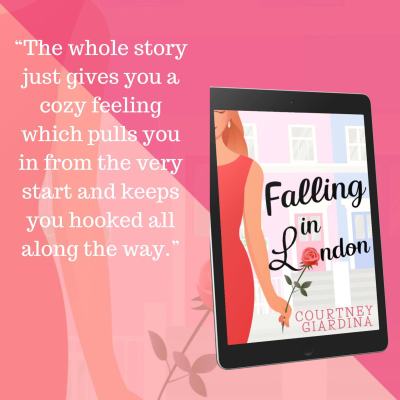 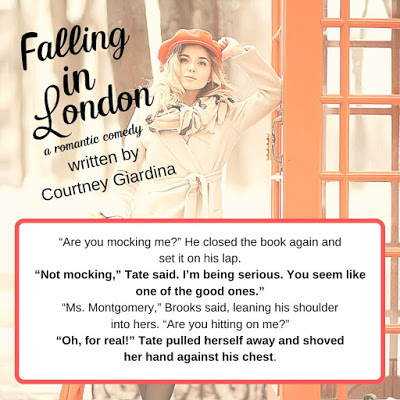 Courtney Giardina is a Rochester, NY native who now lives in North Carolina. She published her first novel in 2013. Tear Stained Beaches defined the staple of what her self-publishing mantra would become, strong, independent women finding their place in the world. Her time working in the music industry inspired her to write the Behind the Strings series. Her romantic comedy, Falling in London will release in October 2020.
As a creative, she has not only published multiple novels, but has appeared on TV shows like Nashville and has a weekly YouTube show all about inspiring others to dream big and believe in themselves because life is too short to wonder, “what if.”